Educated, relatively high-earning workers are flocking to urban neighborhoods at a rate not seen since at least the 1970s.

Joe Baur grew up in a leafy suburb a half-hour outside central Cleveland. But when it came time to settle down with his wife, the couple chose Ohio City, a neighborhood here that until recently was pockmarked by abandoned businesses and decaying homes.

Mr. Baur, a 29-year-old travel writer, and Melanie, a 28-year-old international-relations worker, love that their neighborhood is brimming with new restaurants and bars. The couple pays just over $1,000 a month for a one-bedroom loft—an amount that easily could cover monthly mortgage payments for a three-bedroom house in the suburbs. But both say they have no interest.

The Baurs are part of a wave of young, educated, relatively high-earning workers flocking to many American cities at a rate not seen since the U.S. Census Bureau began tracking such data in the 1970s. The shift began last decade and accelerated during the housing bust.

A range of factors is driving the urban influx, economists say, from job growth and declining crime in cities to young professionals waiting longer to have children—or deciding not to have them at all. Tighter mortgage lending and concern about homeownership risks also weigh on young people, turning many into long-term renters.

The trend is boosting urban housing values. City rents nationwide are now nearly $1,730 a month on average, compared with just under $1,250 for their suburban counterparts, according to CoStar Group Inc. The average urban home is worth 2% more than the average suburban home, according to real-estate information company Zillow. In 2010, suburban homes were worth 4% more.

For landlords and developers, rising rents and home values are a boon. But the costs can push out lower-wage employees as well as teachers, police and other middle-income public servants, making it harder for employers to attract such labor. 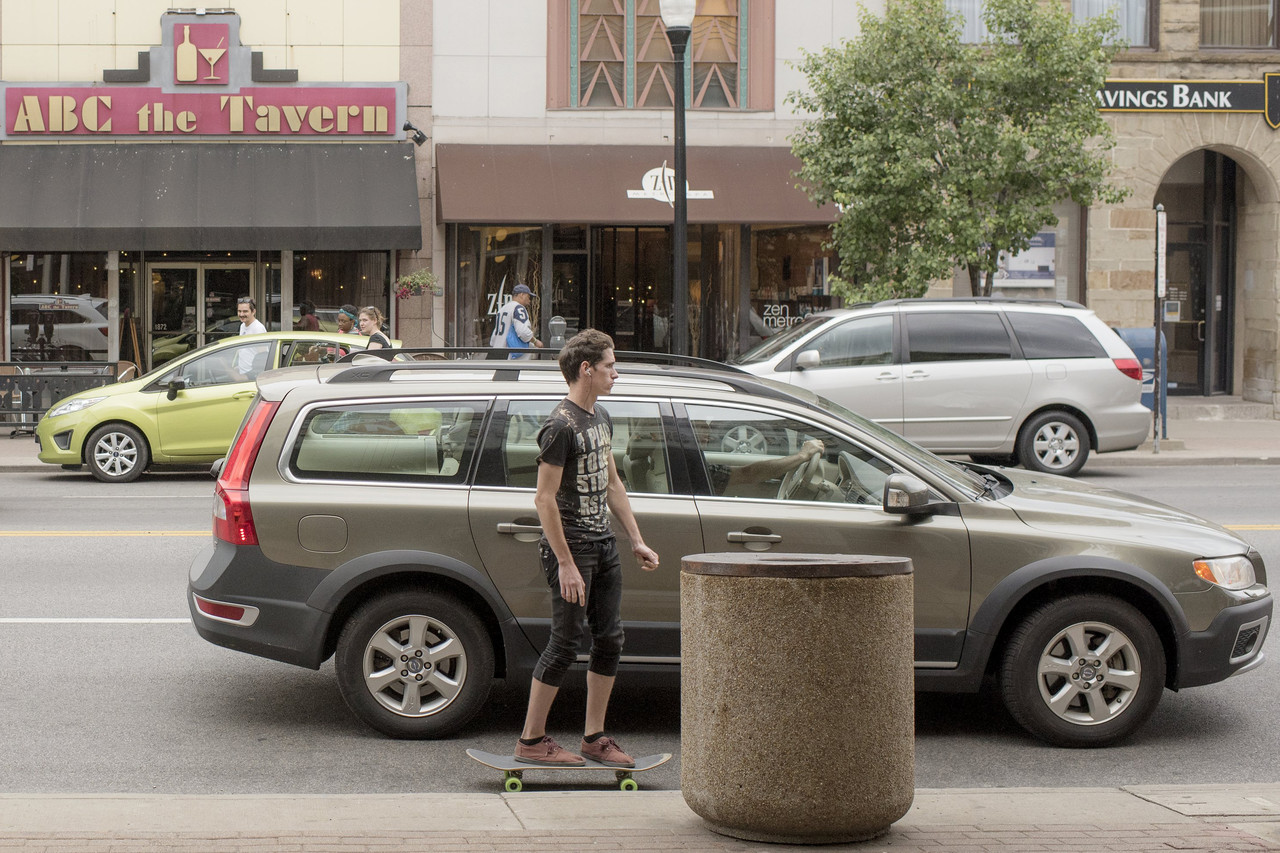 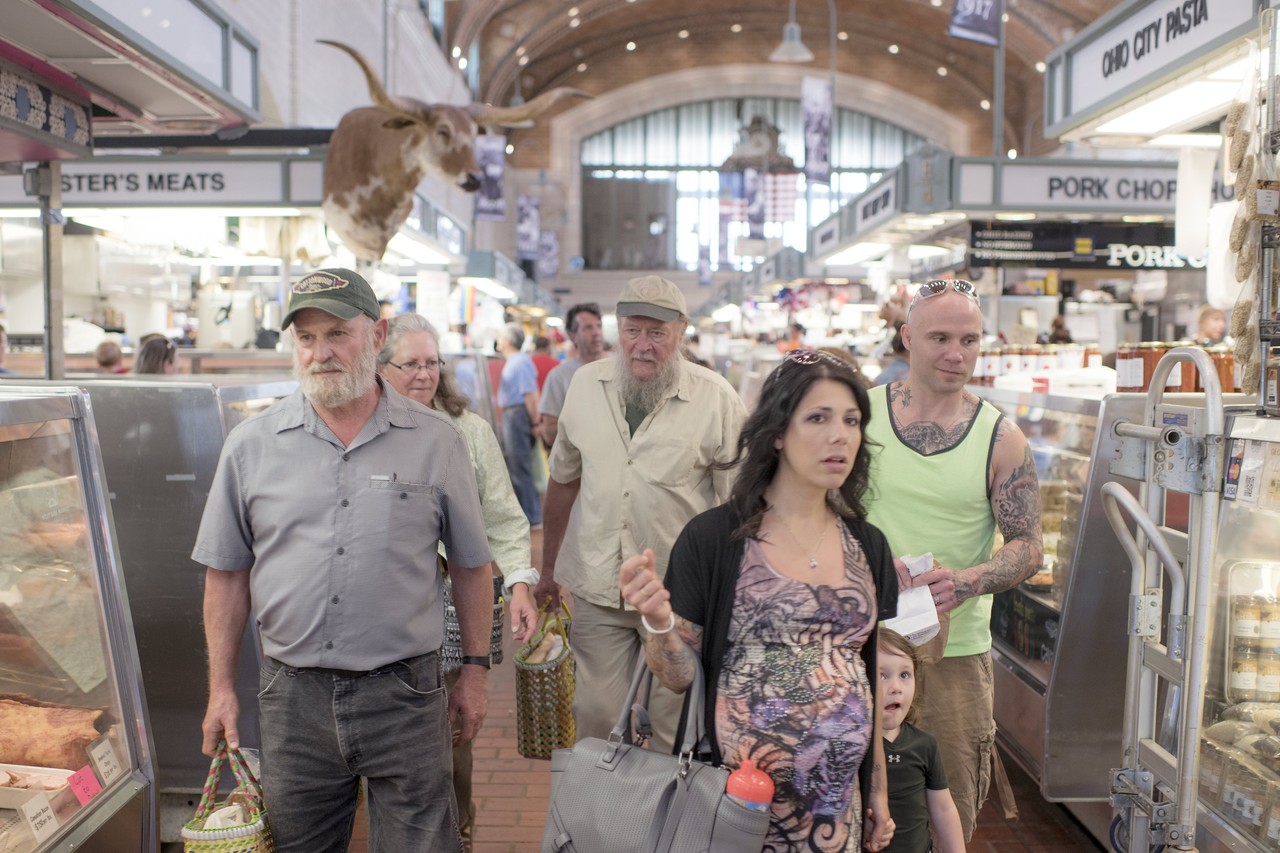 West 25th Street, top, a main thoroughfare in Cleveland’s Ohio City neighborhood, is filled with restaurants, craft breweries and shops. Above, the neighborhood’s West Side Market, in business since 1912, remains a community magnet.PHOTOS: RICH-JOSEPH FACUN FOR THE WALL STREET JOURNAL

As many of the displaced move to suburbs, new strains are emerging there, on schools, transportation and services for the needy.

“The housing affordability issues are no longer limited to the high-cost coastal cities” such as New York and San Francisco, said Stockton Williams, executive director of the Urban Land Institute’s Terwilliger Center for Housing. 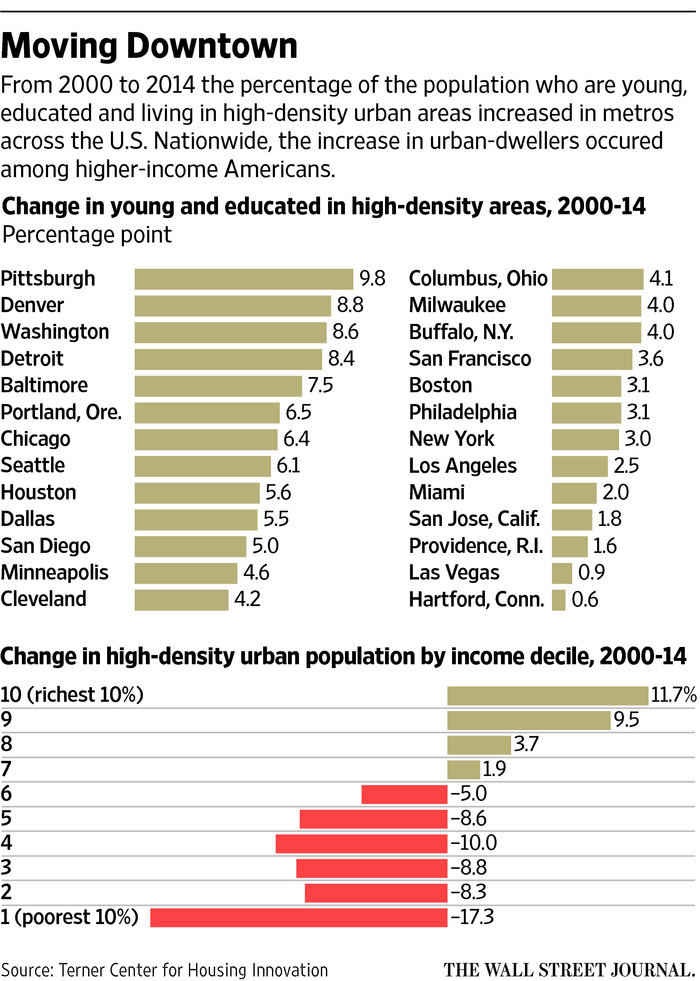 In fact, the growth in urban wealth was apparent in all 26 cities included in a recent study of U.S. Census data by Jed Kolko, a senior fellow at the Terner Center for Housing Innovation at the University of California, Berkeley. Mr. Kolko’s analysis begins in 2000, a period that includes the entire housing boom, bust and recovery.

Even in Cleveland, which has been hit by the foreclosure crisis and a shrinking population, the share of young, educated residents in downtown neighborhoods rose by half, to 12% in 2014 from 8% in 2000, according to Mr. Kolko’s research. This group includes residents 25 to 44 years old who have a college degree. 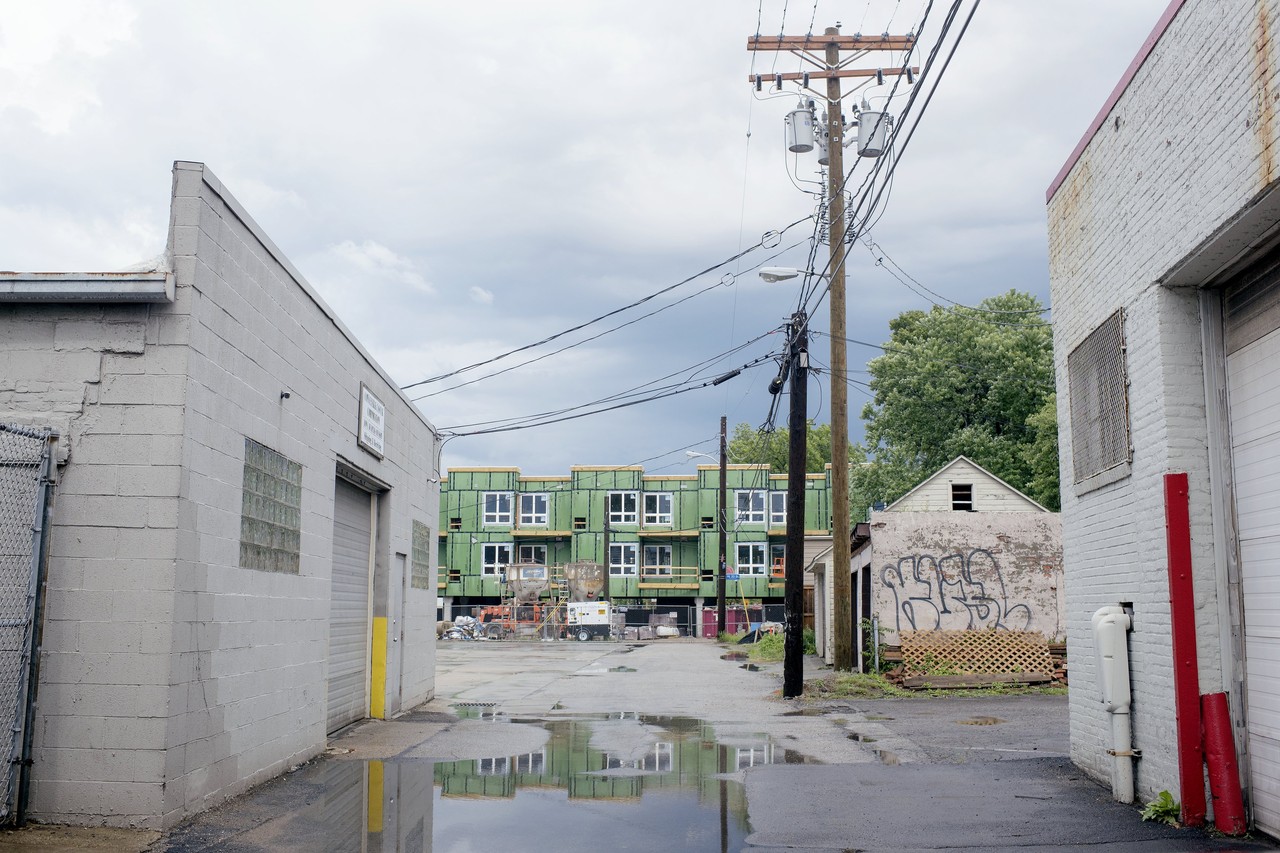 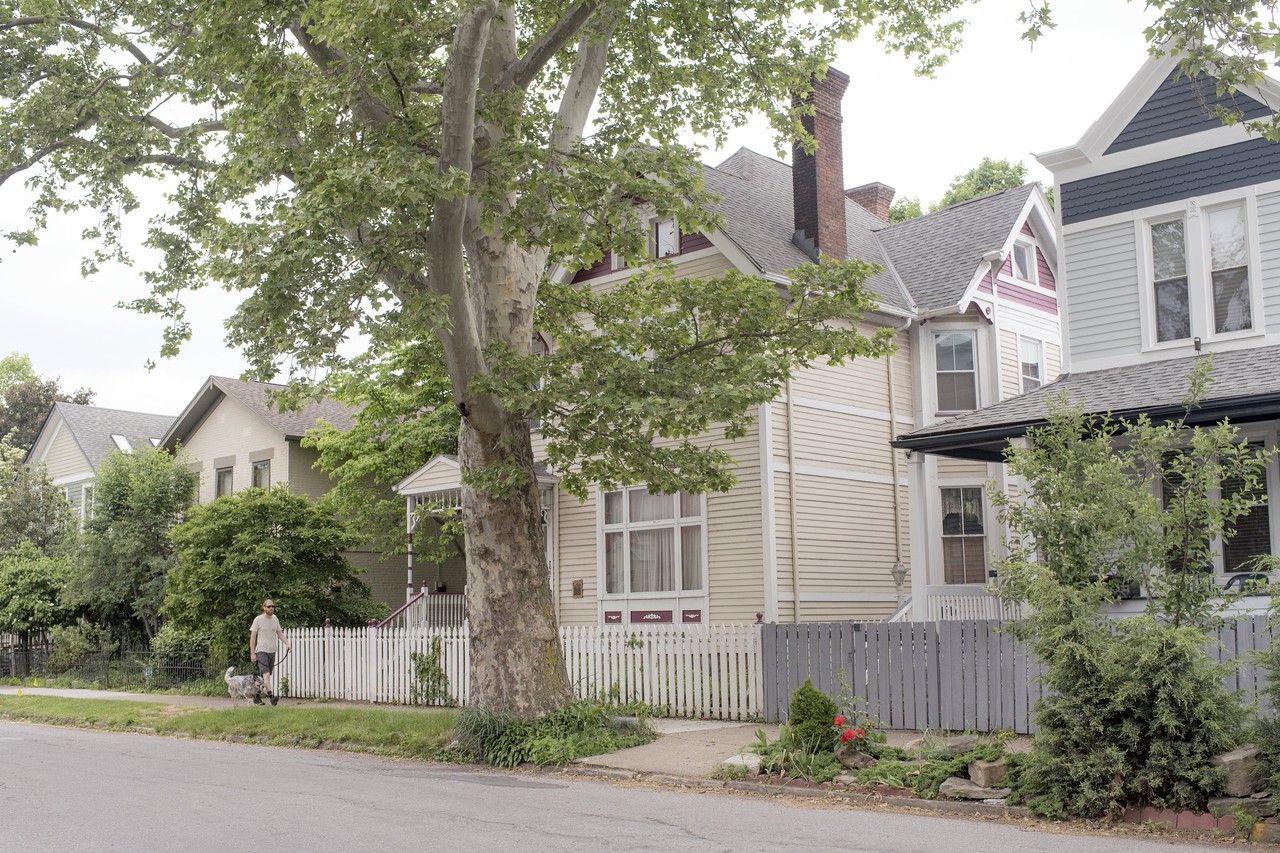 In Cleveland’s Ohio City neighborhood, apartments and retail spaces are under construction, top. Above, an empty lot near these houses in the revived neighborhood recently sold for $90,000.PHOTOS: RICH-JOSEPH FACUN FOR THE WALL STREET JOURNAL

Tom McNair, executive director of Ohio City Inc., said that five years ago his group was focused on tackling a 40% vacancy rate for office and retail space on the main commercial strip. Today, with a vacancy rate below 2% those spaces are teeming with bars, restaurants and craft breweries. An ice cream factory occupies a former nightclub space where gun shots once rang out.

Anne Hartnett started a successful spin studio in the neighborhood. But she was priced out of buying a larger home for her family and had to move to a nearby suburb to get more space.

“It was kind of an ironic situation that a neighborhood we had really put a lot of energy into revitalizing we ended up not being able to afford,” she said. 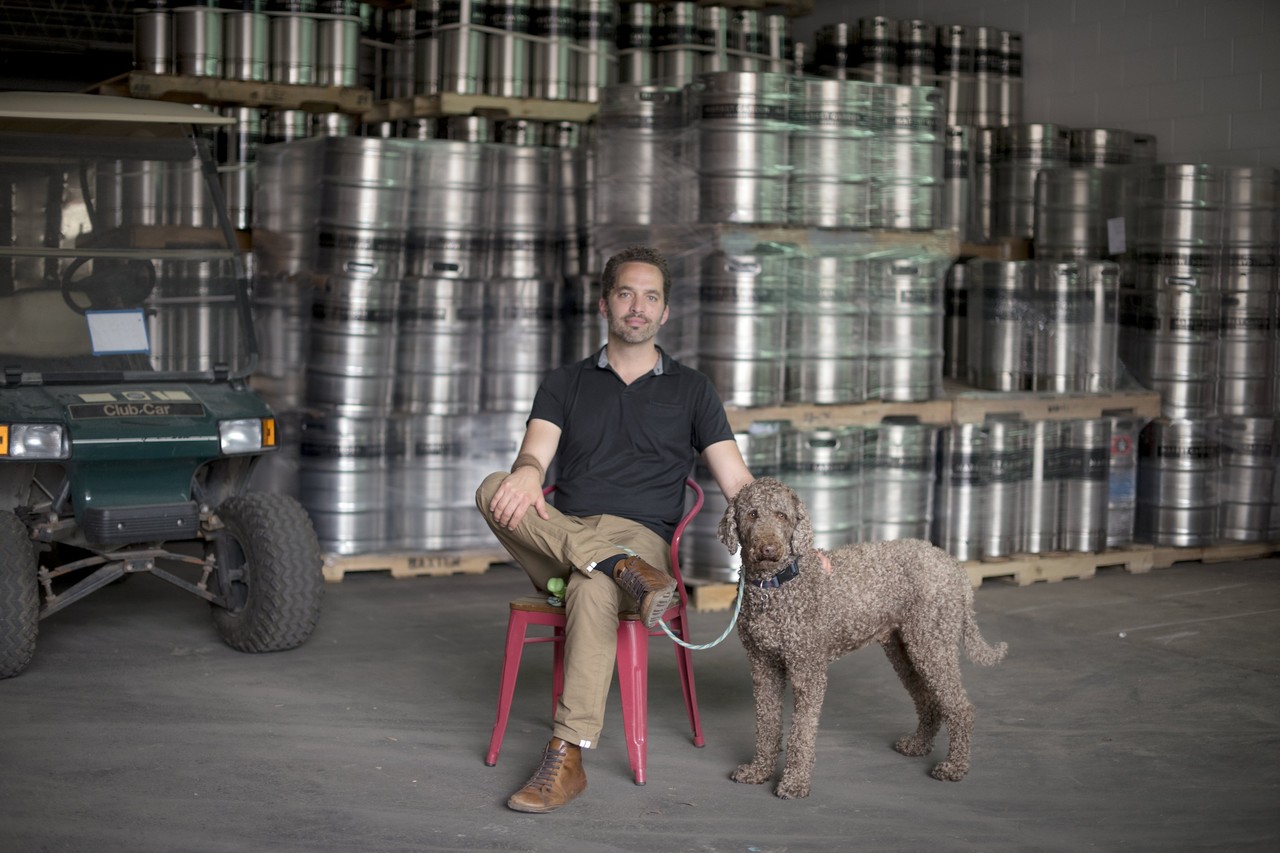 Sam McNulty, co-founder of the Ohio City Restaurant Group, with his dog, Bo, at his brewery in Cleveland’s Ohio City neighborhood, which has seen a surge in stores and restaurants. PHOTO: RICH-JOSEPH FACUN FOR THE WALL STREET JOURNAL

Now Mr. McNair is trying to figure out how to hold onto middle-class families. His group is working with Cleveland on rezoning to encourage the creation of 500 new units of housing, with a goal of having 10% of that be affordable. Already, 800 units are under development—among the biggest bursts of activity the neighborhood has seen since the 1920s, local officials say.

Those who have moved to revived city neighborhoods say they love the new amenities. And for some there is another plus: no need for a car.

Joe and Melanie Baur, in Ohio City, say they bike, take public transit and walk, including jaunts with their dog, Moses Cleaveland, named after the city’s founder, who spelled his surname with an extra “a.”