These are the tallest buildings in each state

Imagine the view from the top of the tallest building in America — the 104-floor, 1,776-foot One World Trade Center in New York City — and those people at the base of Decker Towers would look like ants. 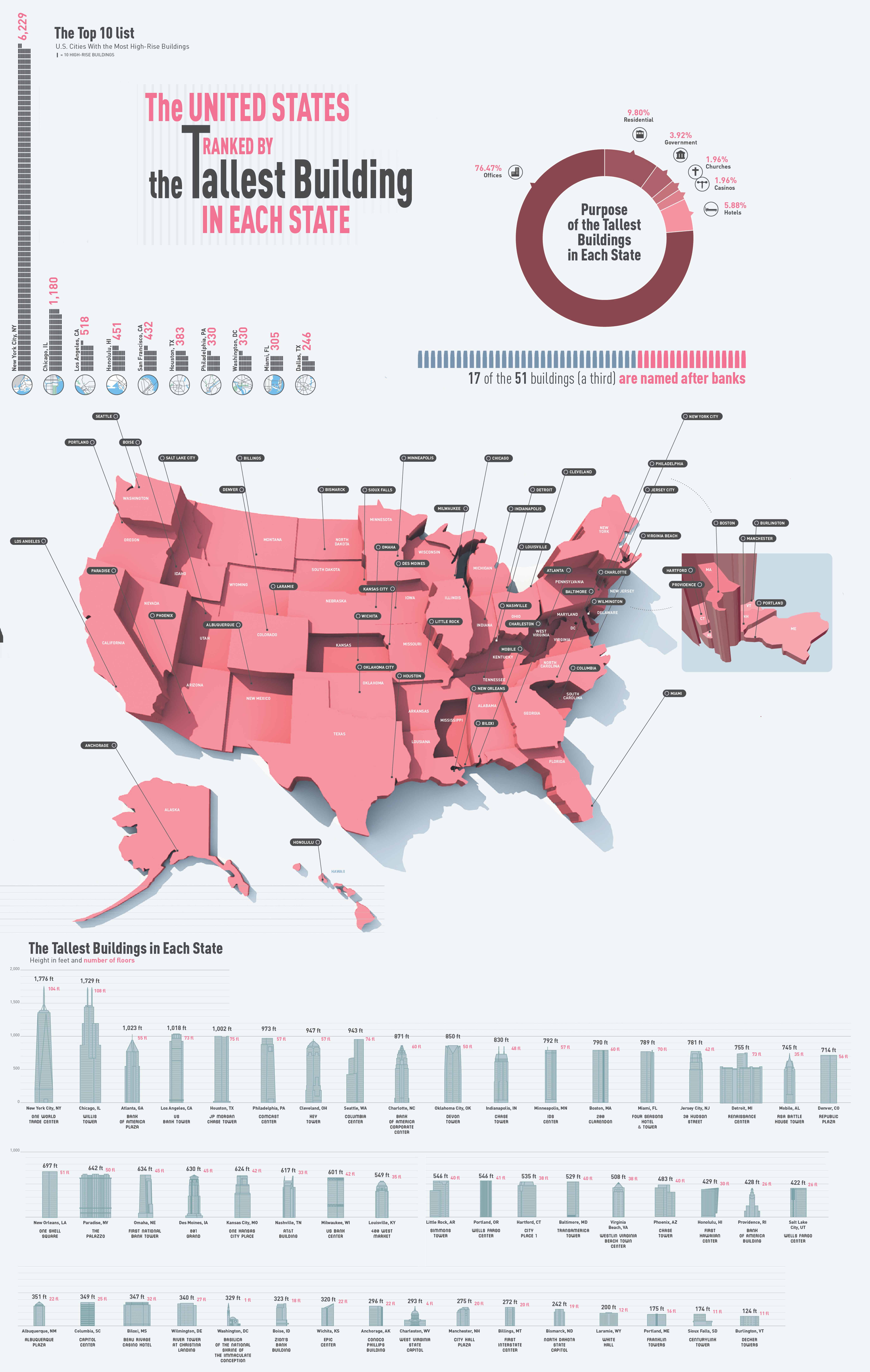 According to LiveStrong estimates, you burn six calories per flight of stairs. That means by the time you get to the top of Vermont’s Decker Towers, you’ll have left a whopping 66 calories down at the base. Climbing to the top of other state’s tallest buildings might be a bit more difficult. Chicago actually capitalizes on the enormous height of its Willis Tower with its own race. The 2,109 step race takes athletes 1,729 feet above the ground, where they climb 108 floors.